On 6th September 2016 during the middle of the night I unexpectedly gave birth at home. Lily Rose Halliday decided to come into the world at 25 weeks and 4 days. Her twin brother George Wilfred Halliday was happy to wait another 2 days, he was born 8th September.

Both Lily and George had suffered bleeds on their brains amongst lots of other problems due to their prematurity.

George grew his wings on 21st September 2016 at just 2 weeks old. His kidneys had stopped working, he could not fight any longer. George’s support was removed, and he passed away peacefully in my arms during our first and only cuddle.

On 1st October 2016 Lily was transferred to Liverpool Women’s Hospital, it was presumed that Lily had a blockage in her stomach and she would require an operation which was not available at our local hospital.

The whole team at Liverpool Women’s were amazing, the care they provided for Lily was second to none. But the way in which they looked after me and my family is something I will never forget. They are a phenomenal team. I was fortunate to be able to live in one of the flats next to the hospital whilst Lily was in their care, this was a godsend for me as my hometown is approximately a one-hour drive and at the time I couldn’t drive.

Sadly, Lily had a lot of complications and suffered a severe infection, she was far too unstable to undergo an invasive operation. Lily grew her wings on 15th November 2016 at 10 weeks old.

The Palliative and Bereavement Care we received from the Neonatal Unit and Honeysuckle Team was incredibly supportive, I can’t put into words how much it meant to myself and my family. They arranged everything and took fantastic care of me and Lily.

Upon returning home I felt as though I was lacking a purpose and that I needed to do something to honour Lily & George as well as give something back to the team who became my family. I started a Just Giving fundraising page raising money for the Neonatal Unit at Liverpool Women’s and within the first week I raised over £1000. This gave me the encouragement to raise more and look for new ideas in which to do it. I signed up for two 10k races (I hadn’t run since school), one of Lily’s nurses ran the Liverpool 10k with me and my sister. I then set up Sponsor an Octopus, donators chose a colour and I would crochet an octopus which would make its way to the Neonatal Unit at Liverpool Women’s. The idea took off and my Just Giving page now stands at £3434.

Lily, George, my 7 year old son Charlie and all the team at Liverpool Women’s inspired me to take a different path in life. In September 2018 I will start my Children’s Nursing degree at Edge Hill University. 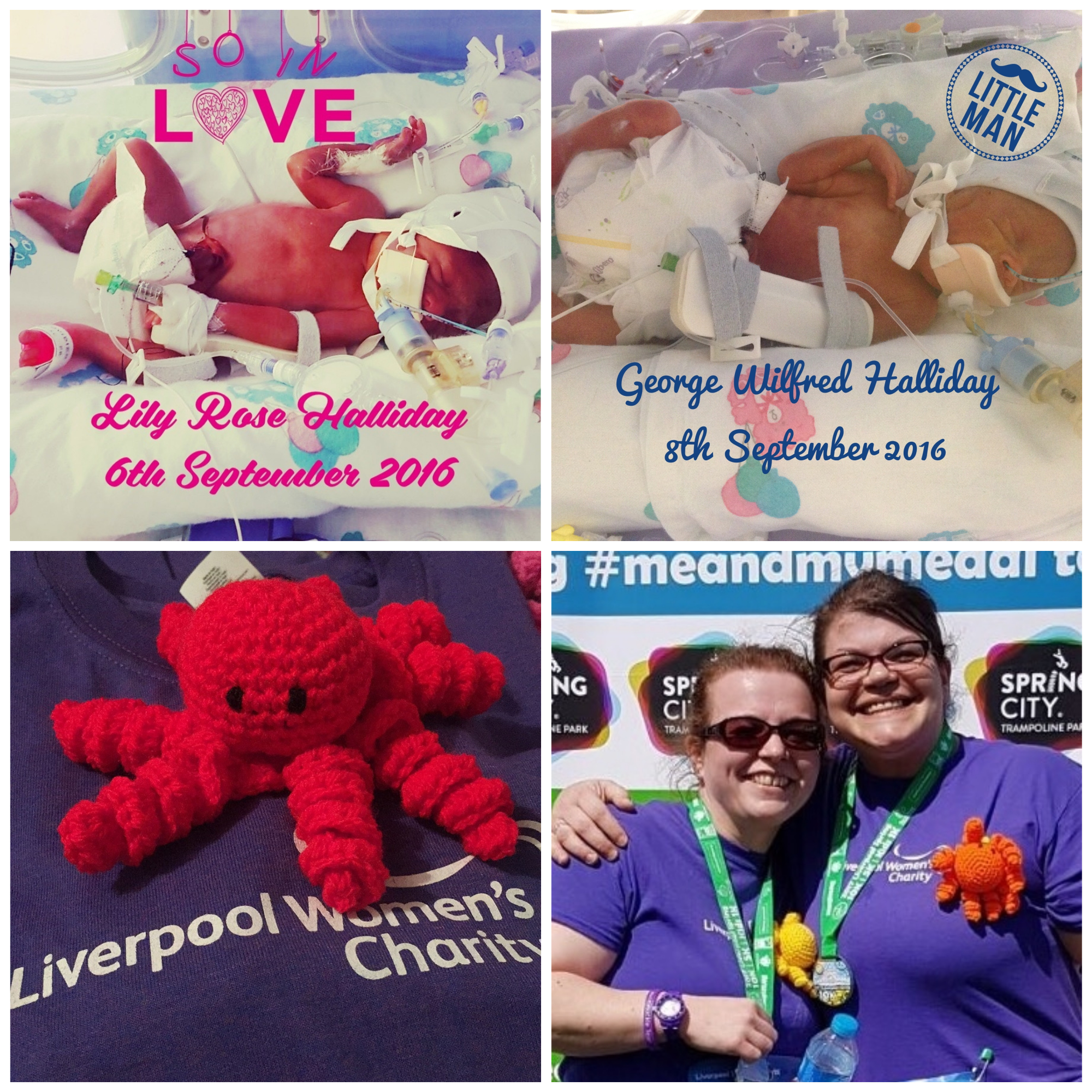