The first phase of Liverpool Women’s Hospital’s Neonatal Unit is nearing completion, and last week families, donors and staff all got together to celebrate the launch with a VIP tour of the new unit.

Families who had used the previous unit, and donors who had kindly donated money to the Big Tiny Steps Appeal which raised vital funds for the development, were treated to a tour by Jennifer Deeney, Head of Nursing, before it officially opens later this month.

“It was fantastic to see so many familiar faces at the launch, and it was great to show families who had used our previous unit the improvements we have made from their feedback. I’m really excited for the new unit to be fully functional and for us to continue to deliver innovative and first class care to our most vulnerable babies.”

The new unit will have more cot side space and reclining comfortable chairs for skin to skin contacts for mums and dads, and even an outdoor garden so families can escape the clinical intensity of the ward at difficult times without being too far away. It will also have improved breastfeeding facilities and parent’s sitting room, kitchen and laundry areas.

The new unit was funded by the Big Tiny Steps Appeal, which so far has raised £241,000 to fund the development of the unit.

“We are coming to the end of the 1st phase of development for our new neonatal unit, and I would like to thank all our families and supporters who have gone above and beyond in their fundraising efforts. Without them we wouldn’t have been able to achieve this wonderful space for families, at one of the most difficult times in their lives, when their new-born is critically ill. We would like to thank everyone for making our new unit the best it can possible be.” 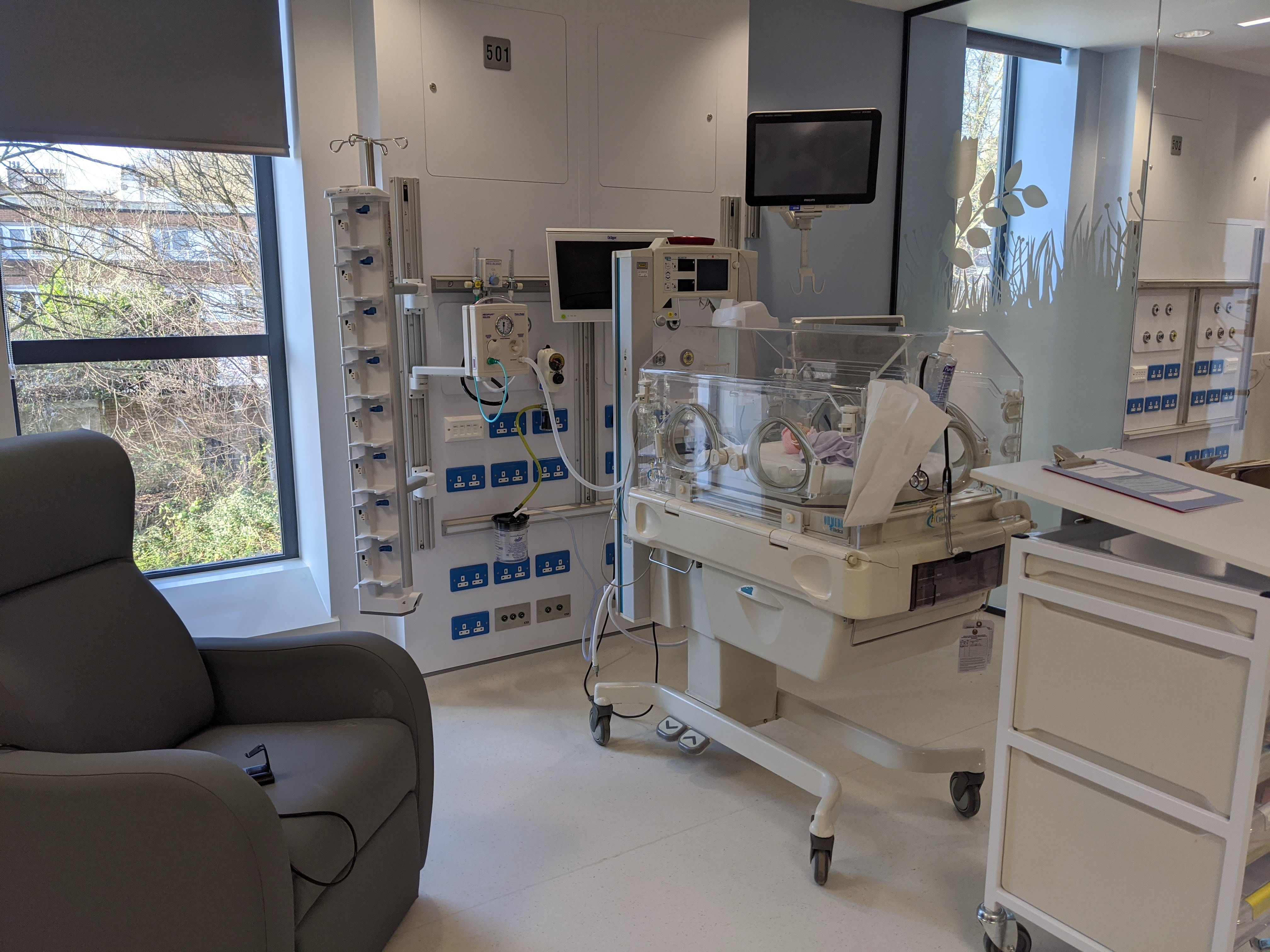