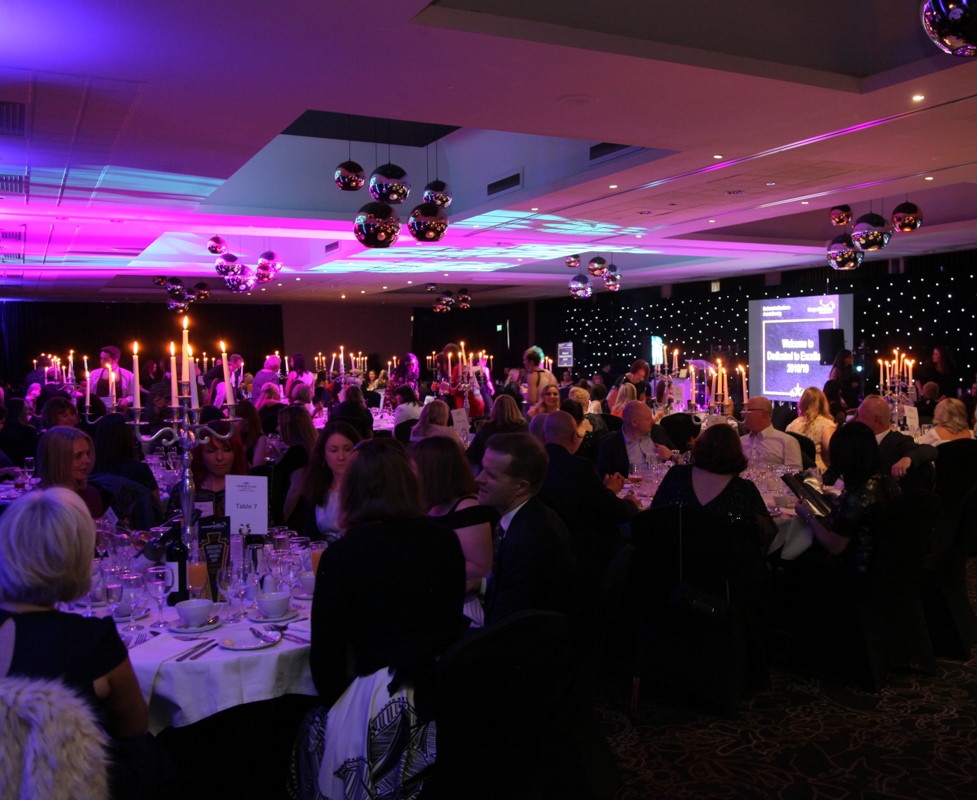 The Dedicated to Excellence awards evening has been held in a time of increasing pressures on staff and facilities within the NHS, and the Trust sees this as a matter of growing importance to not only ensure it recognises the tireless and life-saving work that staff do on a day-to-day basis, but also to celebrate the outstanding hard work and contribution to the services provided.

Chief Executive Kathryn Thomson said, “Being part of the NHS is a huge privilege, not least as it provides us all with the opportunity to make a positive impact on so many people’s lives every day.  I would like to say thank you to all our staff and to our shortlisted candidates and winners of this year’s awards who have all demonstrated outstanding qualities and I take great personal pride in being a part of this celebration”.

Among the 18 award winners during the evening went to the Research Midwives team who won not only the Research award but also the Foundation award for a hugely impressive study bringing enhanced safety to patients.  The Neonatal Infant Feeding team won the Team of the Year award for showing dedication, passion, and commitment in improving breast feeding rates on the neonatal unit, and Sarah Orok, Gynaecology Outpatients Manager won Employee of the Year.

The Patient Choice award which is voted by patients and their families went to Consultant Gynaecologist Richard Russell, who received several heart felt nominations from patients saying “Mr Russell is a genuine, kind and caring consultant who from the very first moment we met him took an understanding and empathetic approach”. These were just some of the stars of the evening.

Each year Kathryn Thomson hands out the Chief Executive Outstanding Contribution award and takes the opportunity to give a special thank you to teams and individuals who truly deserve the award.

The three winners of this special award are: Emergency Department and Early Pregnancy Unit Manager, Sharon Owens who was the first to receive the award.  Sharon has displayed a true leader attitude going above and beyond her duties to ensure that staff and women using the service feel supported and listened to. 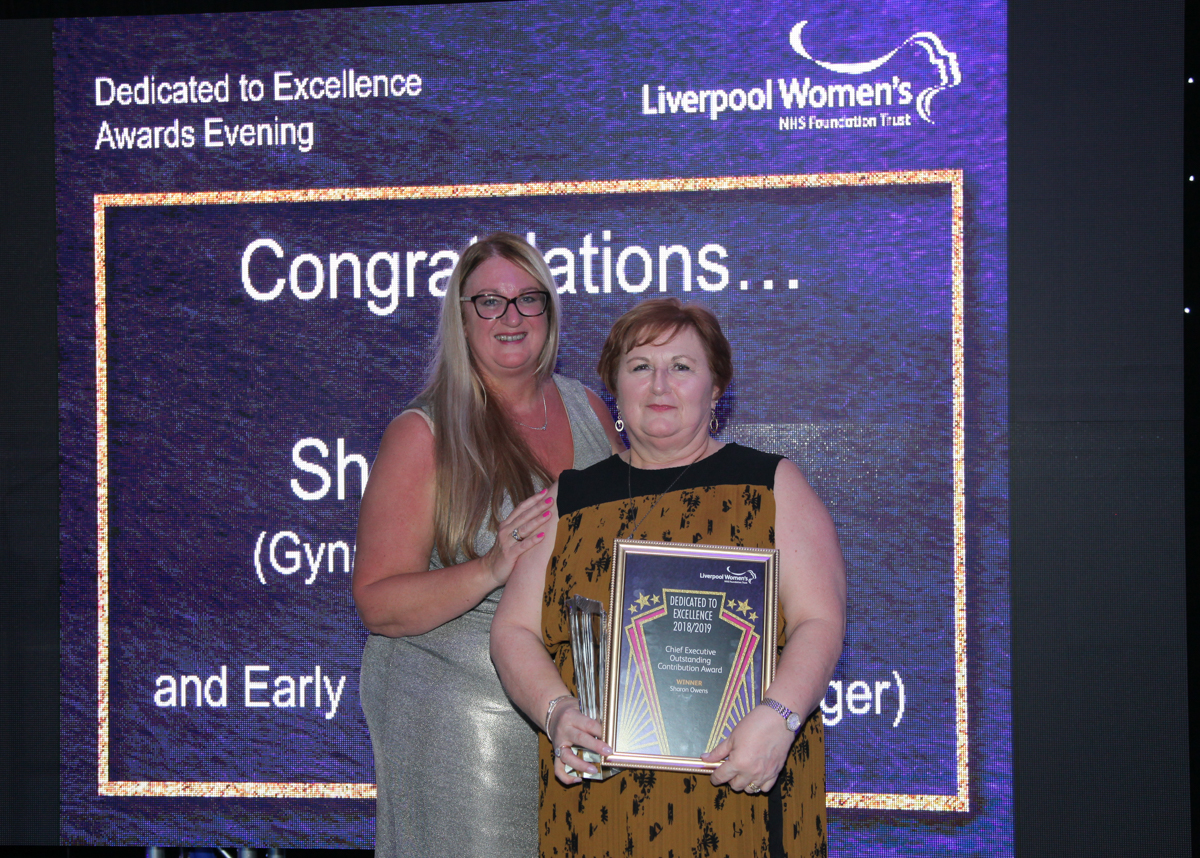 Second up was Linda Martin, Patient Facilities Manager, who through challenging times has worked extremely hard to help keep the patients safe, always with a smile whilst having the patients, staff and visitors her number one priority. 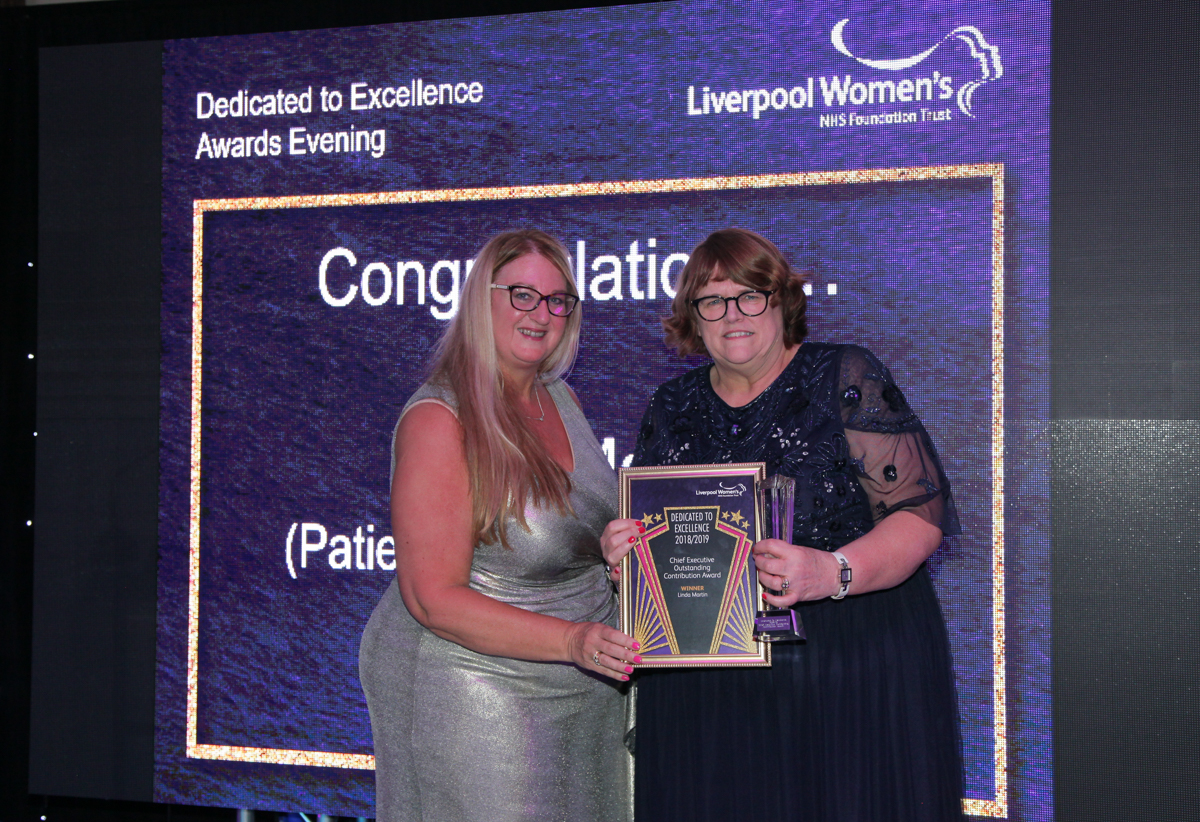 The final award was given to staff members who were involved in the hugely successful BBC 2 series ‘Hospital’.  Each episode of the series received around 2 million viewers each week and the patient stories featured at the Liverpool Women’s touched the nation. There was an astounding impact with the increase in the number of people who registered as organ donors as a direct result of an episode featuring Liverpool Women’s.

On just one night almost 1,400 people signed up to the organ donor register which was an increase of 2000% compared to a normal day, which was an incredible achievement that received a huge reaction from across the country.

This year the awards were supported by sponsors Law by Design, The Innovation Agency, Interserve, Turner & Townsend, Hill Dickinson, and Gilling Dod, who provided the opportunity for the Trust to celebrate their achievements.

The winners were chosen by a panel including representatives from the Innovation Agency, staff, Executive and Non-Executive Directors and Governors.