Lifesaving surgery performed on unborn twins whilst still in the womb

A local couple are the first patients in the Northwest in recent years to receive lifesaving surgery at Liverpool Women’s NHS Foundation Trust on their unborn babies whilst still in the womb.

After years of trying to conceive Ammaarah and Adil were overjoyed when they were told they were expecting twins at an early reassurance scan, however at just 24 weeks they were given the devastating news that they had been diagnosed with Twin to Twin Transfusion Syndrome (TTTS).

The twin babies were suffering from a rare condition that if left untreated could result in the loss of one or both babies. The condition known as Twin to Twin Transfusion Syndrome (TTTS) affects approximately 5 to 15 percent of identical twin pregnancies, meaning approximately 6,000 babies may be affected each year.

It occurs in pregnancies where twins share one placenta and a network of blood vessels that supply oxygen and nutrients essential for development in the womb.

Sometimes the vessel connections within the placenta are not evenly dispensed and there is an imbalance. One twin gives away more blood than it receives and runs the risk of malnourishment and organ failure, while the other receives too much blood and is susceptible to overwork of the heart and other cardiac complications.

Ammaarah said: “When we were given the news we had been diagnosed with TTTS we didn’t fully understand the severity of the situation, it was only when we were told about the stages of TTTS, that we realised the position we were in. We had no idea stage 4 would mean fetal death, it was a very anxious time.”

Dr Asma who has been treating TTTS for more than 10 years said: “When Ammaarah and Adil were referred to me they were stage 4 TTTS. I explained to them that without surgery we could lose one or both babies. Treatment for the syndrome comprises of a minimally invasive procedure called a Fetoscopy (keyhole surgery) and normally takes around 30 minutes.  During the procedure a small instrument (laparoscope) is inserted into the uterus in order to see the fetus and placenta. 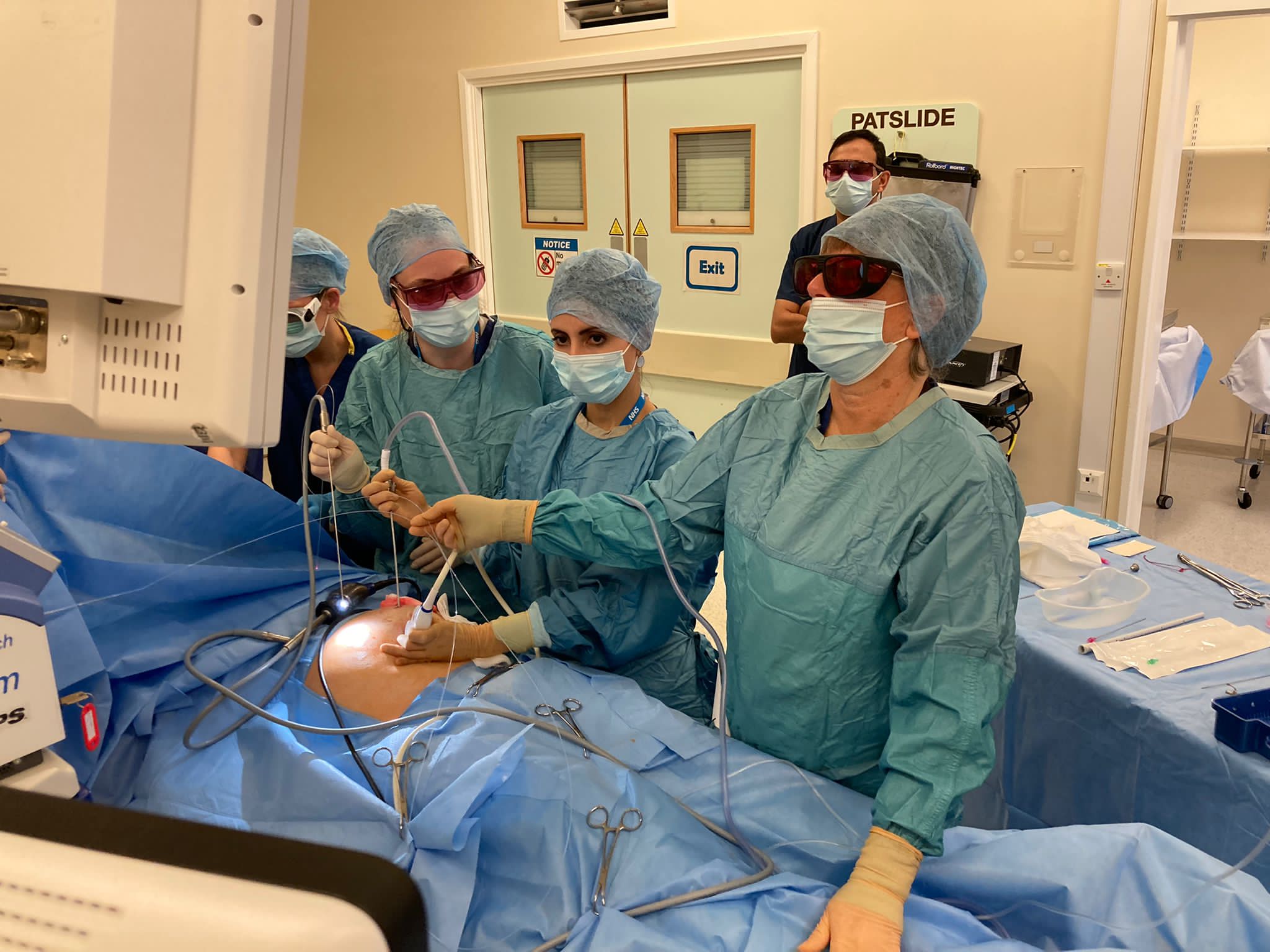 “Once in position a tiny laser fibre is then used to seal off the abnormal blood vessel connections to stop the harmful sharing of circulations. The procedure is normally performed around 16 – 26 weeks, however it doesn’t come without risks. Without treatment, 80-90% of twins could die. Laser improves the survival rate of some cases, but not all. Some twins sadly do not survive after surgery”.

A couple of hours following surgery Ammaarah and Adil were taken for an ultrasound scan and received the fantastic news that the procedure had been a success and both babies were safe and well.  Ammaarah said: “We were so happy when the two heart beats were detected, we feel very fortunate that the procedure was a success for us, it was quite a unique experience.”

Under the watchful eye of Dr Asma the couple attended weekly scans throughout their pregnancy and in February 2022, the twin girls were safely delivered into the world at 34 weeks via C-Section. 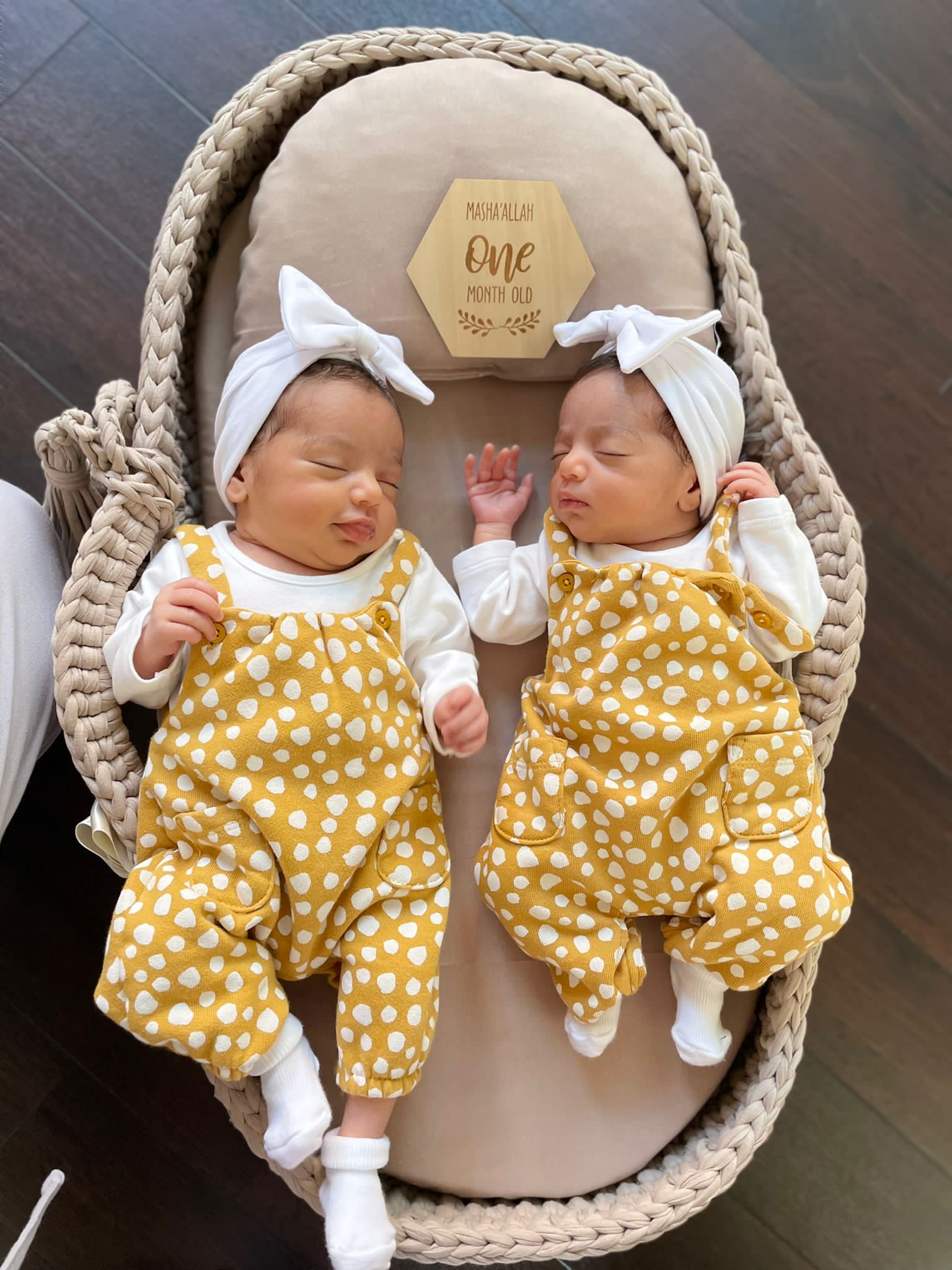 Adil said: “The care we received at Liverpool Women’s has been absolutely brilliant, from the time we were transferred all the way up to being discharged. We would like to say a huge, massive, heartfelt thank you to Dr Asma and all of her colleagues, the Fetal Medicine Unit, transitional care, the house keeping staff, everyone who looked after us. We feel like we became one big family, we can’t thank them enough.” 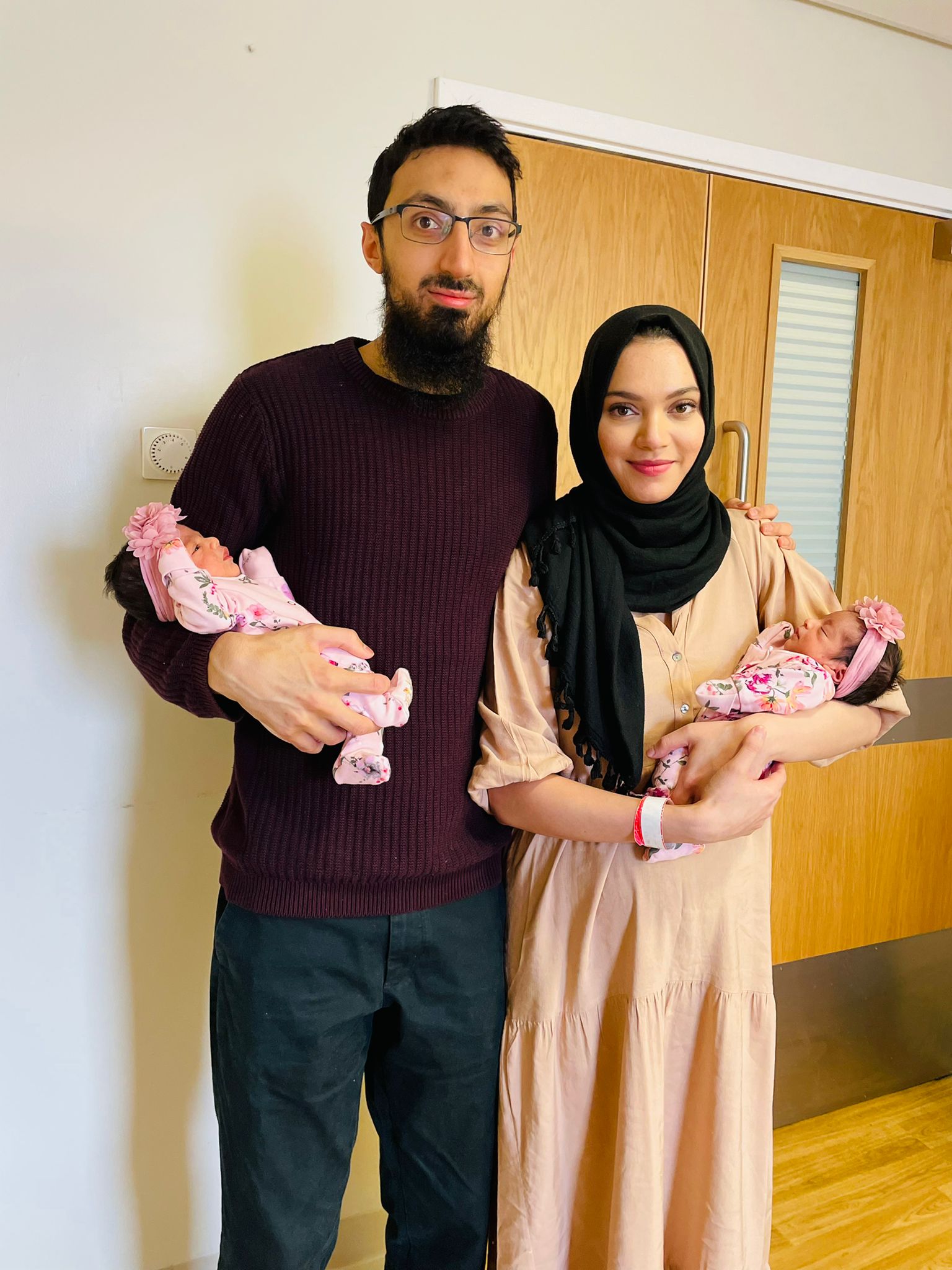 Watch Ammaarah and Adil tell their amazing story below: