How would you like Liverpool City Council to be run?

Residents and stakeholders in Liverpool are being asked for their views on how the city is governed from 2023.

A letter has been sent to households in the city, with all residents – aged over 18 – being urged to answer the question: “How would you like Liverpool City Council to be run?”

The letters include a secure link, which will direct the residents to an online portal.

The options are the three forms of governance that are allowed by law:

Voting forms and ballot boxes have also been placed in the following locations:

Other ways to have your say:

If writing or emailing please include your name, address and postcode – this is to ensure multiple responses are not received from a single person.

The closing date is Monday 20 June. 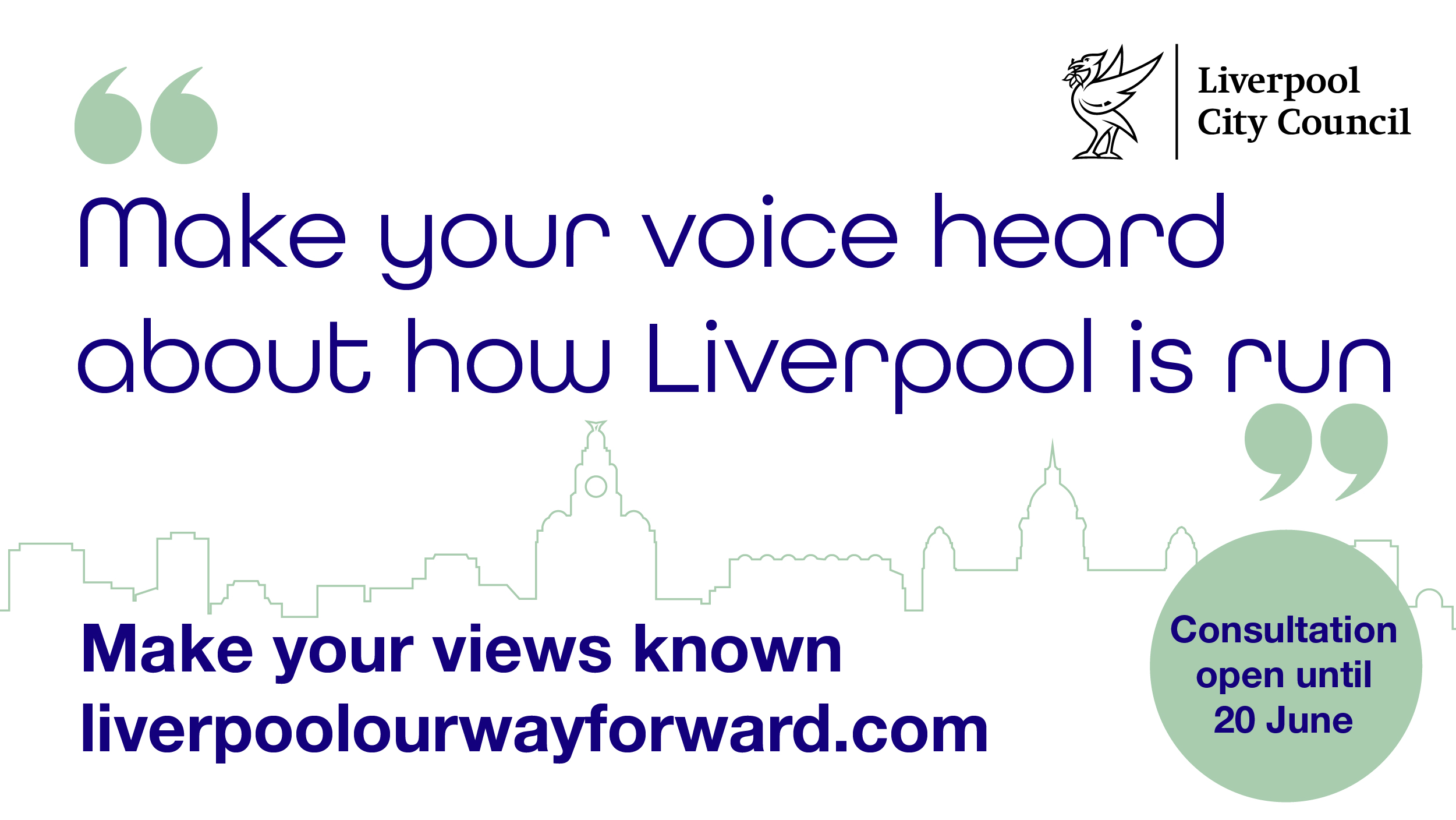