Liverpool Women's Hospital has been recognised for its ground-breaking work, and nominated for two top healthcare awards.

In a surgical first the Trust is the first UK healthcare provider to clinically trial and adopt an American electrosurgical device used in procedures such as hysterectomies.

The Voyant device was tested by a team of nine surgeons plus theatre staff, across a variety of procedures.

The clinical trial showed the surgical benefits of Voyant in the operating theatre, and also demonstrated potential cost savings.

The project – headlined 'A Voyant of Discovery' - has been shortlisted in the 'Using Technology to Improve Efficiency' category of the HSJ Awards 2016.

Liverpool Women's Hospital has also been shortlisted for the HSJ's 'Patient Safety' award.  This is in recognition of the Trust's pioneering work to reduce Ovarian Hyperstimulation Syndrome (OHSS) on the reproductive medical unit.

OHSS occurs in women who are very sensitive to the fertility drugs taken to increase egg production. Too many eggs develop in the ovaries, which become large and painful and in severe cases, dangerous.

The project 'Triggering Excellence in IVF' identified those women who were at risk of OHSS both in terms of medical history and in response to ovarian stimulation. New assessment strategies and medications were then administered to these high risk women.

The results showed that, following intervention, the number of women suffering with moderate or severe OHSS were more than halved on the unit.

Andrew Loughney, Medical Director said: "We are delighted to have been shortlisted for these two prestigious awards. The new Voyant device promises to be of significant clinical benefit to our patients while delivering a financial saving to the NHS. The work is a testament to the innovative, patient-centred approach we take at Liverpool Women's. Our new practices in relation to OHSS have had a dramatic impact on the number of patients suffering from this serious complication. They will influence medical strategy in reproductive units across the UK." 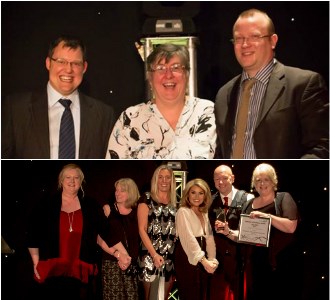 Teams from the Trust will present the projects to a judging panel in October, with the awards results announced in November.